The Wife that He Deserves 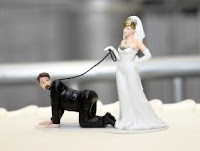 I love my husband. I really, really do.

He is a hard worker, he makes me laugh, he loves me and our son more than anything else. He treats me like a queen and does all that he can do to make us all happy. He sacrifices a lot for the sake of our family and I could not ask for a better man to spend the rest of my life with. God definitely chose us to be together because no one else on this Earth could compliment me the way that he does. Everything about us fits together; especially our personalities. I am quiet and tend to overlook the petty things that cause conflict, where he can be loud and likes to make sure everyone knows where he stands on a situation. Nothing wrong with that. Especially considering that I am usually the one that tends to avoid conflict. I just have no interest in arguing about things that generally don’t matter. He’s great. He really, really is.

But sometimes, he drives me crazy. Sometimes we are so different that we butt-heads and really get one another angry. {I swear, sometimes I think he does it on purpose, just to get me frustrated.} There are few things that really get me going and push my buttons, and he knows exactly what those things are and has no problems just pushing away.
I don’t mind being a stay at home mom and doing the cleaning. Contrary to what a lot of women believe, I don’t think asking him to come home and tend to the house is very fair after he works 8 and 9 hours a day during the week. BUT when I spend the same 8 or 9 hours during the day cleaning-better yet scrubbing-the house, folding the clothes, chasing a toddler, and picking up toys and he comes in and leaves clothes all over the floor?! I get extremely ill and very, very frustrated and tend to lash out unknowlingly. I ask him calmly to put his things away and when he doesn’t, I pick them up like a good housewife should.
Or when I am in need of a good hug and he is too busy to offer one…
Or when I want to talk about his day at work, just for the sake of not discussing juice & diapers for the 90 millionth time that week, and he says that his day was “fine”…
Or when I ask really sweetly, or even seductively, for a kiss while he is playing the computer or watching ESPN, and all I get is a hen peck while he keeps one eye focused on the TV…
Oh your husband does that to? So you understand what I mean, right? Doesn’t it drive you up the WALL!?

When we first got married, I tried to fix my husband. I had in my mind this little mold that I thought he should fit into. He was supposed to do everything that I liked, watch the movies and the TV shows I wanted to watch, when I wanted to watch them. He was supposed to have sex every single time I wanted to, and never bat an eyelash [never was he to be too tired or sore from work. I mean, hello, he’s a man…] And sports? Never would my husband want to watch baseball or football endlessly. But that’s not real life. That’s not marriage. That’s not my husband. And it’s taken me a long time to be ok with that.

In the beginning, when these things arose, I got mad. I treated my husband unfairly and in a hateful manner. When conflict came up, rather than trying to fix the situation in a kind, calm manner, I delt with them with frustration and unkindness. I hated the fact that the man that I married didn’t “fit” into my ideal marriage plan. He wasn’t doing the things that I thought he needed to do. He wasn’t treating me the way that I thought I deserved to be treated. And I wasn’t happy.
I’ve begun to really notice some strange activity in our culture. This idealogy that women are supposed to “train” their husbands and “teach them” how to behave. What are they dogs? What ever happened to the Christian idea of marriage? That the man is the head of the household? That men and women are supposed to be helpmates and encourage one another? That while we have differences and think the exact opposite, we are created to complement one another? I tell ya, this idea that women are supposed to rul the roost over their husbands makes me sick. {Think Kate Gosselin and the way she degraded and talked to Jon like he was an idiot.} Marriage is sacred. It was created to be beautiful. And God had his idea of which role each of us was to play in his perfect marriage.
As a wife, I have had much to learn about my duties in our marriage. Ever read Proverbs 31 or Titus 2? Talk about a standard of living! When we started attending our church several months ago, they were getting ready to begin a class on the Elizabeth George novel “A Woman After God’s Own Heart.” {I encourage you to READ this BOOK if you haven’t yet. It will change your perspective on marriage and parenting like you wouldn’t believe!}The class was very indepth and very informative on the kind of wife, homemaker, and mother I should be. God has a lot of plans for us as women. He really does. It’s just a matter of choosing to let him change you.
I’m not saying that men have no responsibilities in marriage. The exact opposite actually. But as a wife, how can you judge the job your husband is doing, when you aren’t doing yours? That’s been the hardest thing for me to learn. How to be the right kind of wife. And it’s something that God teaches me and shows me every single day. The biggest thing God has taught me is that I can’t change my husband. No matter how hard I try. God is the creator of all things and he made my husband the way that he is for a reason. He essentially created him for me to compliment me. Rather than spending my time nagging my husband to do things differently and consistently tell ing him what it is I think he is doing wrong, i have to turn him over to God.
If you’ve never read any of “The Power of Praying” books, by Stormie Omartian I encourage you to purchase one. These are fantastic books to teach you not only what to pray for, but how to pray it. I bought her “Power of a Praying Wife” book for $7 and it has made all of the difference in our marriage. By turning my husband over to the Lord, I know that he is in the best of hands. By letting God change him, he is changed from the inside rather than just because I keep nagging him. And God always one ups me. He always changes my husband in even better ways than I can imagine.
And he changes me. He shows me things that I need to work on. He shows me that I am not the perfect wife he created me to be. And that’s what my husband deserves. He deserves the very best wife he can have. He deserves someone who strives to be all that she can be. He deserves a Godly Wife who prays for him and encourages him spiritually. He deserves the right kind of wife. And that’s what I want to give him.
So, for now, I will tolerate the clothes on the floor {although, admittingly, I probably won’t do it without atleast asking him to pick them up.} I will sit and watch sports with my husband. I will laugh with him when we watch stupid man TV shows. And I will continue to pray for him. Continue to love him. Continue to take care of him. Because that’s what he deserves.