The US in Bible Prophecy 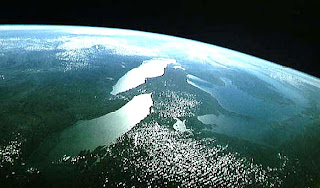 I’ll be honest with you…
I don’t generally blog about church sermons. For one, I’m not a preacher. No where near it. And I don’t like to blog about sermons because they are so much more effective when you get to hear the whole thing rather than reading my notes. I’ll admit, I am a good note taker, but still.

If you’ve been following me on Facebook or on Twitter, you know that we have held an “End Times Prophecy Conference” at our church this week. We have discussed the role of the nation of Israel, the part that the Islamic Religion will play in the end times, and last night we discussed and discovered exactly WHERE the United States stands in Biblical Prophecy. Let me just tell you, up front, that it is not pretty. I was intensely moved and brought to my knees last night at these revelations, and I felt compelled to share with you what we talked about. {Let me just say, all of these sermons are available at our church website under the “sermons” tab. I strongly encourage you to head over and check it out when you have some time. It’s worth it. I promise.}

[This Sermon was courtesy of Mark Robinson of “Jewish Awareness Ministries]

I have always been curious as to where the US stood when it came to the End Times. We are the worlds most prosporous nation, so surely we have to have some role in the Tribulation and ultimate battle between God and Satan. I couldn’t have been more wrong. According to the scriptures, the United States can not clearly be identified. So the question is, if we are the “power house” of nations, the wealthiest and most cultural of those in our world, then WHY are we not a part of the end times prophecy? The answer lies in Isaiah 47…with the story of the Fall of Babylon.

Babylon in it’s day was what the United States is in ours. Wealthy, prosporous, culturally diverse and housed a strong military force. Despite being virtually indestructable, Babylon was destroyed in ONE day by the Persians. Babylon was basically cut off from the rest of the world…surrounded by a large Moat, thick walls, and large Bronze Gates and Iron bars, it was nearly impossible to access the city. Much as the United States in inaccessable to its enemies. With the Alies of Canada and Mexico to the North and South, and the Atlantic and Pacific Ocean to our East and West, as well as the Gulf of Mexico to the South, there aren’t many ways to enter into our country. And much like the Babylonians, we hold the idea that we are indestructable.

In about 540 bc, the Perian Army found their way into the city. As the Babylonians were partying in their streets, the Persian King diverted the Euphrates River and literally walked into the city through the Underwater Gates. [For more on the History and downfall of Babylon, go here.] Babylon was literally destroyed in that one day. Babylon is an example of how God can and will judge the Nations that foresake him. Remember Sodom & Gomorrah?

Isaiah 47:1a describes Babylon as the “Virgin Daughter of Babylon.” The term ‘virgin’ here is referencing the fact that not only had Babylon never been destroyed, but no major battle had ever been fought on her soil. While the United States has experienced catastrophic terrorist attacks {Pearl Harbor in 1941 and 9/11} no major battles have been fought here. Isaiah 47:1b says that Babylon will no longer be “tender and delicate” meaning that Babylon will no longer be propsporous and rich among the nations. If you read on to verse 2 it talks about the humiliation that Babylon will face when God ultimately destroys it.

So, what does Babylon have to do with the United States? There are 6 Similiarites between these 2 power house cities, and these 6 things are ultimately what brought about the destruction of Babylon.

1. Anti-semitism: Their utter hatred toward the Jewish people. The 1990’s in the United States brought about thousands of Jewish targetted Hate Crimes. Riots, Beatings, and Neo-Nazi gangs are just a few examples {Find information on Anti-Semitism in the US, click here.}

2. National Pride: Does this sound like something the US is known for? Verse 7 of Isaiah 47 reveals the pride of the Babylonians, “…I will continue forever-the eternal Queen.” Out of the mouths of many American’s comes the ideaology that American can’t and won’t  be defeated. Many walk around with their heads high as if no harm could ever come to this country. Let’s not forget how quickly things changed September 11, 2001. If anything, that should have proved that we are NOT indestructable. That we can be brought down. We can be attacked.

3. Indulgence of Luxery & Careless Living {vs. 8} Babylon was known for its parties and luxerious lifestyles. “…lounging in your security….” Babylon was blessed with pleasures and economic security and it became their sole pursuit and passion. Much like the United States. We are all about “things” all about materialism. We’ve lost sight of the things that REALLY matter and seek out pleasure with stuff.

4. Occultic Activity & Drugs: {vs. 9, 12} Babylonians used drugs for everything-sleep aides, pain relief, illegal drugs; much as we do. Take a look at the number of Pain Pill and Sleeping Pill Addicts out there. Babylon had their Atrologists, Horoscopes, and Psychic Readins much as we do now. How many Psychic Shops can you spot riding down the road? They are everywhere! And not to mention the fascination with Wicca and Witchcraft.

5. Wickedness as a Nation: If this one isn’t America, I don’t know what is. All you have to do is turn on the news. Murder. Robbery. Gang Beatings. Violence Everywhere. And lets not even mention the number of abortions that take place LEGALLY in our Country. {vs. 10} Our country is evil, for lack of a better word. The morals and values that we used to hold to a standard have been replaced by violence, anger, and hate.

6. Secular Humanism aka Atheism: The total and complete denial of God. The ‘we need no one’ mindset {vs. 10b}. Our movies and music and lifestyles completely dethrone Christ and his greatness. We are constantly striving to remove God from everything: our schools, our currency…America was founded on the rights to religious freedom, but you can’t voice your beliefs anywhere anymore.

We have begun the process of Devolutionizing our Society {Bringing something of order, like our country, to total and complete Chaos.} We have become unthankful to God for all that he’s given us {Romans 1:21} We think we have the answers to everything, tampering with DNA and Genetics {vs. 22}. The speaker even pointed out last night that in California, they are in the process of marketing Facial Cream made up of ABORTED FETUS TISSUE that is scientifically proven to reverse the aging process. It’s disgusting what we have come to in our country. We also have the rise of Eastern Religions such as Hinduism and all of that Scientology garbage the celebrities support {vs. 23} No longer to we look at man in the image of GOD, but we look at GOD in the image of man. Our Society is completely breaking down.

So what happens? We are directly parallel with the lifestyle and downfalls that overtook Babylon. So what next? The Judgement of God. Romans 1 shows us that America has been being judged by God for atleast 40+ years.

1. The Judgement of Heterosexual Fornication: {Romans 1:24} This began in the 1960’s with the whole “Sexual Freedom” thing. The idea that God gave us our bodies for us to enjoy with one another. This is clearly not what God wants for us. There is a sanctity to marriage that we have strayed from severely.

2. The Judgement of Homosexuality: {Romans 1:26-27} The 1970’s were the years that the Gay Rights Movements began in America. This was also the same time that the Aids Epidemic broke out. Is it a coincidence that over 80% of the people effected by aids are homosexual. Sounds like verse 27’s reference to them receiving “the due penalty for their perversions.”

3. Judgement of the Morally Depraved: {Romans 1:28-31} This needs to explanation. Pull out your bible and take a look at the characteristics God is talking about. This is America in a nutshell.

So, back to the question at hand…Why is America NOT in Biblical Prophecy?

Because God’s ultimate final judgement will fall on the United States before the Tribulation begins. Or because our country becomes so desolate and destroyed that our existence is of zero importance. Turn on the TV, folks. Follow the news. There are a lot of countries out there doing everything they can to wipe out our nation. Those EMP {Electromagnetic Pulse} nuclear devices are being tested by Iran over the Caspien Sea as we speak. If they were to launch one of those over our Country, it would knock out every bit of technology we have. Everything running off of electricity would be wiped out, sending us back the 1800’s. And the sad thing is, is that our “president” and his staff know about this. And they sit. Doing nothing.

It’s one thing to talk about Bible Prophecy, but it’s a whole different thing when someone points it out to you. When you shown what the Bible says and how it is all coming to be. I just felt it on my heart to share this this morning, because I think it’s a real eye opener to what we are dealing with. We are so close to the end it’s unreal. I know people say that all the time, and I’m not saying it’s going to be within the next year or anything, but if you pick up your bible and READ what it has to say…really STUDY the facts on Prophecy, it’s all lining up. Things are coming together to set the stage for the Return of Christ.

If this interests you at all, then I encourage you to listen to the sermons online. If you don’t want to hear them online, but are interested in them, then email me and let me know. We are putting the sermons on CD and I’d be happy to get you one. Leave your comments on this. Let  me know what you think.

« I’ll take my blessings with a side of Exhaustion, please.