Yesterday we celebrated our Valentines Day {thanks to the fact that the Daytona 500 comes on today and the world stops for Nascar…haha. Kidding. But, no seriously}. We took Little Man to the International Plaza in Tampa to the Build-A-Bear workshop. We took him when he was 6 months old, but he really didn’t get it. We were going to buy him an Elephant, name him Big Al and put Little Man’s Alabama football jersey that he’s outgrown on him. BUT…they didn’t have the Elephant. Turns out they have discontinued the Elephant in all 50 states except Alabama. Surprise, surprise. So instead, we settled on a monkey. We named him George. Original, right? 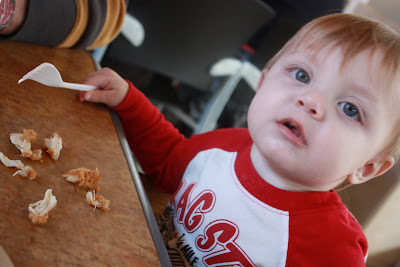 Lunch time at the Mall 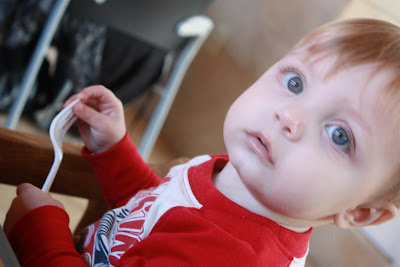 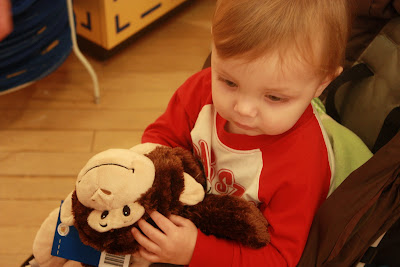 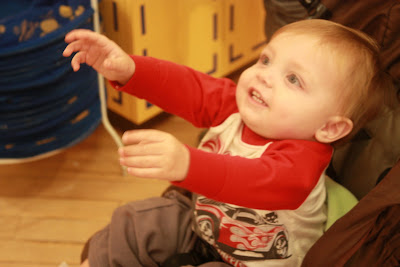 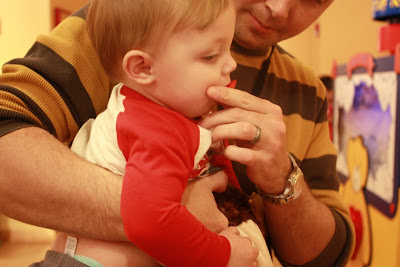 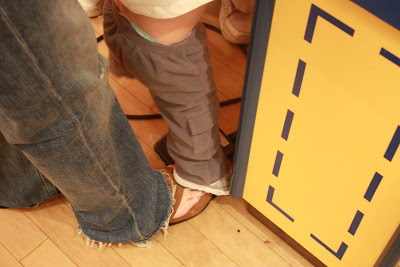 Putting in the stuffing…with Daddy’s help of course 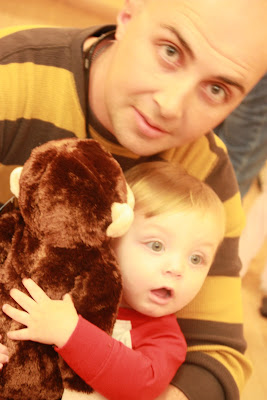 The look of amazement…he was really excited. 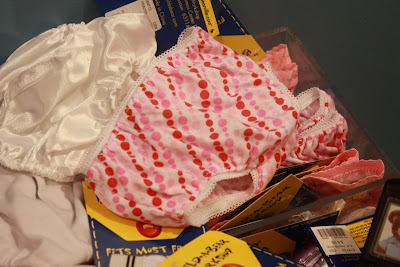 Did you know that they make tidy-whities and panties for teddy bears? Yeah. Me either. 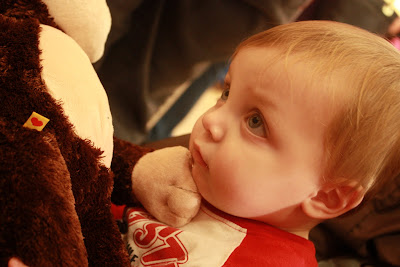 Looks like he is laying down some ground rules for his new toy. Haha.
Setting him straight right from the beginning.
Anywho. We had a great time. We met up with one of the guys that Hubby works with, his wife & their two little girls. Little Man made fast friends with his 2 kids. They provided high quality entertainment for him all afternoon. Surprisingly enough, Little Man didn’t really get ill until halfway through supper last night. He didn’t nap all afternoon, so it was a big shock that he was so well behaved. We ate steak at Longhorn, took lots of photos with my new camera & spent the day with the loves of my life. What more could I ask for for Valentines Day?

It’s a Love Story…Part One »