I am a “quick and easy” kind of girl.

I like frozen foods that I can whip up for supper. I like Pillsbury and Duncan Hines for making my baking needs speedy and painless. I love that cell phones have twitter, facebook, and internet on them for easy access to things I “need” to know. I love my Swivel Sweeper for making cleaning the kitchen floor a painless process. And I love my microwave. Pop something in, a few seconds {or minutes for the bigger things} and voila! You’ve got a meal [or a snack or whatever…you get the point.] 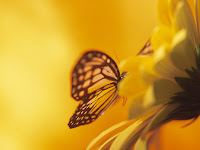 It’s then that I emerge….

« Why do they grow so fast?

Learning to be Submissive »