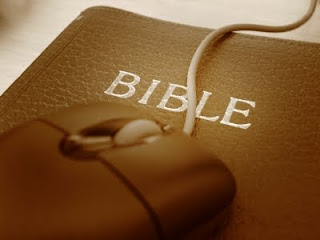 Whether we like it or not, the media is easily the most influential aspect of our society. Television, internet, “Smart Phones” and Social Networking have overwhelmed our culture and taken the mainstream society by storm. And it’s not looking like it’s going anywhere.

With the seemingly never-ending aray of technological advaces, it seems that we are destined to live in a culture with screens, buttons, and ‘apps.’ Walk through the mall or through Wal-Mart and try and keep count of how many people you pass that have their noses stuck in a screen. Or make the “mistake” of telling someone that you don’t have a Facebook account, or a Twitter account, or that you don’t blog. You get the sideways, “Where have you been? Why in the world not?” look. And while I grew up in the days where AOL 2.0 and Instant Messaging was ‘the thing’ and cell phones were as big as bricks, I too am intrigued and fascinated by the gadgets of this day. Fail to watch an episode of “American Idol” or “The Bachelor” and you will, unfortunately, be completely lost in conversations the day after the shows airing.

My husband and I were in a complete debate when switching cell phone carriers as to whether or not to use AT&T or Verizon, all on account of the fact that AT&T had the iPhone and Verizon didn’t. We ended up with Verizon and nearly wrecked the car when they put out the Blackberry Storm {which was a complete bust and total waste of money, in case you were wondering}. The minute that Twitter became a sort of ‘must have’ advertising tool for bloggers, I created an account. I joined Facebook with bells on when it was created for college students back in 2005, and I’ve never looked back. I am a fan of “The Bachelor” and “America’s Next Top Model.” And I’ve even been known to watch an episode of two of “American Idol.” And When I don’t know the answer to something, I google it.
For many out there, this would make me a ‘keeping up with the trends’ kind of person. The kind of girl that has to ‘follow the crowd’ or lives according to the ‘ways of the world’ in contrast to the ways of the Christ. Someone who is being ‘influenced’ and maybe even ‘brainwashed’ by the media. I have to disagree, though I can’t say that I don’t understand why they would think that.
With so much trash and garbage floating around in our world, it’s easy to believe that someone involved in networking and media trends could be up to no good. Reality shows like “Keeping up with the Kardashians” and “Bad Girls Club” are the epitomy of trashy television; portraying women in a very negative light. Revealing clothing, intoxication, and filthy language ooze from these shows like slime. Shows like “Jersey Shore” and “The Real World” give the idea that homosexuality is morally acceptable and that promiscuity has no consequences. Music lyrics brag of drug habits and prostituion. Profanity is termed as “slang” and generally accepted in all settings. And teenage role models such as Miley Cyrus and Lindsay Lohan are on and off of tabloid covers sporting headlines such as “Pole Dancing” and “I miss my Girlfriend!” And lets not even start the discussion on Tiger Woods and his choice of “extra-curricular activities.”
We live in a time where we turn to the internet for answers, the TV news station for information, and social networking for personal contact. Gone are the days where we sit at the table and drink coffee while reading the newspaper. Days of meeting up with girlfriends at the mall to chat and catch up have been replaced by Facebook messages and ‘tweets.’ Rather than patching up friendships after an arguement, we choose the most painful of punishments-the “unfriend” button on Facebook. Quite frankly, it’s insane.
But despite the negativity and the bouts of immorality that float around out there, social networking and media are really an essential part of our culture. One that I, and if you were brutally honest, you wouldn’t want to live without. Social Networking sites such as Facebook and Twitter make communicating with distant friends and family a breeze. For my husband and I, being a military family, our families would be lost with the easy access of internet. Through facebook and twitter updates, they are able to keep track of what we are doing and where we are going {tweets}. They are able to view new photos of our son on the internet with just the click of a button. And are even able to download and save them on their computer for easy printing and framing-idealistic for first time grandparents.
We have both been able to get in touch with long lost friends we haven’t talked to in ages. We have connected with former teachers, coworkers, and relatives that we didn’t even know that we had…simply through facebook. I, personally, have found a string of great friends through the ‘mommy-blogger’ society-sharing deep conversations with people that understand, and receiving advice on everything from baby formula to sleeping habits. When my husband goes off to California for A-School this year, social technology will allow us to keep in touch. Like many of our other military men and women and their families, web-cams and Skype will allow my son to talk to his daddy from all the way across the country. My husband won’t feel like he’s missed as much as he would if we lacked a way to communicate.
Media is only an influence if we allow it to be. If we choose to live in accordance with what society says is okay, then we are in for a world of hurt. But we can’t blame the media for our downfall. Rather, we have to turn to ourselves. To our own convictions, to our own morals, to our own values. We have to know what we believe, and we have to equip ourselves to take the stand against what we know is wrong. So what if I have facebook? So what if I tweet? So what if I blog? Does that make me any less Christian or make me any worse of a person because I enjoy social media? No. It doesn’t. Because I know what I believe. I know what is right in God’s eyes…and what is wrong.

« Learning to be Submissive

I’ll take my blessings with a side of Exhaustion, please. »