Maybe I should charge by the hour… 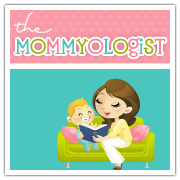 I am super excited to have The Mommyologist guest posting for me today. Mary actually found me first several, several months ago before she switched over to WordPress land. She left some sweet comments and I knew that I had to check out her site. I am so glad that I did. Her humor and her wit make for an always interesting and exciting read. I can’t get through one of her posts without cracking up. And just to prove this to you, I’ve got one of her witty posts to share with all of you!

I have lived in my current neighborhood for a little over three years, and honestly, I couldn’t be happier here.  It is one of those “one-in-a-million” neighborhoods in America where people still leave their doors unlocked and never think twice about something bad happening.  It’s one of those neighborhoods where your neighbor will give you a call if you forget to shut your garage door at night not because they are concerned that someone will break in, but because they are worried that a wild turkey will find its way in there during the night and leave you a pile of fresh turds as a morning wake-up call.  And it’s one of those neighborhoods where people actually wave to their neighbors as they drive by instead of speeding up the car and looking straight ahead to avoid having to make eye contact.  For the record, I absolutely love my neighborhood, and if I have it my way, we will be here until our son graduates from high school.  But that doesn’t mean that I don’t dream of packing up the house and moving to some other picturesque small town in Connecticut at least once or twice a week.

Somewhere in the past month, I have gone from being the “mom-next-door” to the resident neighborhood therapist.  And it’s starting to drive me a bit crazy.  So crazy in fact, that I’m thinking I should start charging by the hour for my services.

For those of you who read my blog on a regular basis, you know just how much trash I talk about the guy next door. And please don’t even feel sorry for this dude for one second because he deserves every ounce of smack that I dish out.  I mean, I guess he is a decent enough guy, but he doesn’t have one ounce of courtesy in his body.  I cannot tell you how many times my husband and I have been woken up at 5:00am on a Saturday morning because he’s out there with the snowblower after we’ve only gotten a dusting.  And I can’t tell you how many times this dude fired up the chainsaw or weed-wacker just as I laid down on the couch on a random afternoon to catch a few Z’s while my son was napping after having been up with him at 4:00am that morning.  And recently, I can’t tell you how many times my few moments of serenity during my first morning cup of coffee have been ruined by him taking the riding lawnmower for a spin.  Did I mention that there is no grass yet?

Of course, whenever I’m out in the yard with my little man and this guy happens to be outside too, I always smile and say hello.  I mean, I wouldn’t want him to know that I secretly have dreams of showing up on his doorstep in the middle of the night with an air horn.

A few weeks ago, I laid eyes on just about the sweetest sight I’d ever seen.  That’s right…there now stands a beautiful, shiny “For Sale” sign in this wack-job’s perfectly manicured lawn.  I was seriously more excited about that sign than I was about planning our next vacation.  Honestly, the best vacation I could have would be a few hours of quiet around my house without interruption from some piece of yard equipment.

There had been rumors floating around that this man and his wife were divorcing, but nobody really knew if that was the real story.  That is, nobody knew until he decided to make his way over into my yard the other day while I was out playing with my son.  I made the mistake of commenting about the sign in the yard and said something along the lines of, “So, you guys are moving, huh?”

WHEN WILL I LEARN TO KEEP MY MOUTH SHUT?

About 40 minutes later, I truthfully wanted lightning to strike me because this dude took my tiny little question about that For Sale sign as an open invitation to unload every last dirty detail of his divorce onto my shoulders.  He told me that his wife was completely controlling and neurotic.  He told me that they didn’t have any…um…how do I say this politely…”passion” in their marriage anymore.  And then he even told me about his old girlfriend from high school that he’s been talking to again.

I got lucky on this particular day, because my son finally decided that he’d had just about enough of me talking to the wack-job neighbor, so he whined and pulled on my leg and told me that he was hungry and wanted to go inside.  I swear that my kid was completely in-tune to the fact that I’d had just about enough.  I practically have to force feed the little guy to get him to eat on a daily basis, and his profession of hunger was just totally out of character for him.  I think he knew that I needed an OUT.  I scooped him up and scurried into my house and was thankful that I was finally off the hook.

But apparently this guy didn’t quite feel that he’d vented enough yet.  He did the exact same thing the very next day.  And now each and every time that he sees me out in the yard, he smiles real big and waves at me like we’re old buddies.

And I don’t know whether to feel bad that this dude has no one else to talk to and has chosen to unload his dirty laundry on me and is completely unaware of the fact that I’ve trash-talked him for three years or whether to send him an invoice.

I earned a Bachelor’s Degree in Psychology and this is the only time that I’ve ever used it and I’m not even getting paid.

This post cracked me up. Mainly because I’ve been in the same situation before. People whining and griping and complaining….like I care. Hopefully Mary will soon be neighborless…lets just hope that whoever buys his house doesn’t require daily counseling.  🙂