I love the thrill of starting new things; the excitement and challenge of running a business. I believe that every woman—regardless of her background—has the potential to do God sized things. Let's make those big dreams a reality! 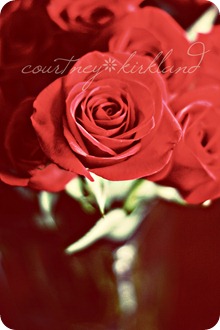 It’s been a while since I wrote a post about marriage. Possibly because for  the last {almost} 8 months, the depth of my marriage has been carried out through a series of phone calls throughout the day, occasional cards and letters, lots of trust & faith, and a countdown widget on my cell phone. No matter, I have pretty strong feelings about relationships and marriage. Maybe because I remember the times in my childhood when my parents fought in front of my sister and I (because they are human and it happens). Maybe it’s because I know what kind of marriages my husband has witnessed…first between his mom and dad, then later between his mom and pathetic excuse for a stepdad.

I was determined when I grew up to not have a marriage of convenience or complacency. And I intend to stick to my guns. Hubby feels the same way. We work hard to keep the romance and the “spark” alive in our relationship. And even though there are times when we drive one another crazy, I wouldn’t trade what we have for anything.

There are times, however, when I really and truly realize how blessed I am.

Blessed to have a husband who supports me; who listens to me; who {usually} pays attention to me when I talk to him; and who supports my dreams and my ambitions. He rarely ever…scratch that…he’s never called me crazy when I told him I wanted to do something. Never doubted me when I shared a dream or a passion with him. He’s always been right there by my side…pushing me, encouraging me, helping me make plans and pursue my goals.

And it breaks my heart to hear about women who aren’t as fortunate.

I grew up during the pop music era-the days before Brittany was bald, Christina was “dirty”, and N*Sync and the Backstreet Boys were the equivalent of present day Justin Bieber. And during that era I {along with about 85 billion other ‘tween’ girls in the country} dreamed of being a Pop Diva. I remember riding down the road one day with my mom and sister. That crazy Wannabe song by the Spice Girls came on and I told my mom that I wanted to be a singer. I remember her looking at me and laughing and asking if I really thought I had the voice to do that.

Now, she was 150% correct because I can’t carry a tune in a bucket. And while, as a parent, I identify with her resounding ideas of helping me shoot for realistic goals, I was hurt. Not that I in any way believe that I would have ever been a singer…but I remember feeling like someone had let all of the air out of my balloon. I didn’t sing out-loud along with the radio for years [which is, unfortunately not a good thing for all of the other ears in my car while riding].

I distinctly remember when Hubby and I met how excited I was and how happy I felt because I had found someone that truly supported and believed in my dreams. Not only that, he pushed me to be better; to be more; to do more. He longs to see my successful and doing what I love, just as I long for those things for him. When I told him I wanted to do photography professionally, he sat down at the computer with me and looked at photography equipment and we started checking out business licenses and talking about marketing. When I talk about wanting to write, he pushes me-sometimes even forces me-to sit down and just DO it.

Even though he’s gone, he reads my blog every day…and when I miss a day or two he asks why I haven’t posted. Even lectures me if I don’t make time to post because he knows how much I love it. Despite our differences and the fact that we tend to butt heads on occasion, I really am blessed. I’m fortunate to be married to a man like my husband. I’m the kind of person who needs pushing. I need the encouragement. I need the occasional praise to keep me going in productive direction. And my husband gives me that.

Marriage is a partnership…it’s a union, a joint relationship. It’s supposed to be GIVE and TAKE. Not all take…and certainly not all give.

There are certainly times where I feel that I give more and hubby takes more; or he gives more and I take more. Those times are inevitable. But, usually they are during particular periods in life. Periods we anticipate and are willing to sacrifice for, because we care for and love one another.

Like this season we are in now…Hubby is in school pursuing a career and a dream that will better our family and will get him closer to his long-term ambition. And there are sacrifices and things that we have both given up to allow him to get there. There are things that I would most definitely like to be different about the situation I’m in, but I’m dealing with it because I love him, support him and want to see him succeed. And when my time comes to start back to school, he’ll be right there pushing me.

Not really sure what the point to this post was [aside from bragging and praising my husband…which I sometimes feel I don’t do enough on my blog]. But I think it was meant to say that you…me…we all deserve that. We deserve someone who listens. Someone who supports us. Someone who is a cheerleader on our behalf. Not someone who shrugs his {or her…if any men read this} shoulders and just lets us do what we want. To me that isn’t a real marriage. It’s one of convenience. It’s one out of desperation to not be lonely. I’m better than that. You are better than that. No one deserves to feel like what they want doesn’t matter.

And that’s the end of my time on the soapbox.

join the community of over       women looking to change their lives...

BACK TO THE TOP

back to the top