{If you didn’t read the first part of mine and my husband’s love story, you can find it here!}

I don’t think anyone really and truly believes that life after the “I do” is going to be a fairy tale. I think that we like to try to convince ourselves of that, but who really ever believes that it is possible?

Josh and I honeymooned in Saint Augustine, Florida. We spent hours walking through the little historic town, lounging by the pool, and eating by candlelight. It still feels like yesterday; and I can remember vividly waking in the mornings and eating Toaster Strudel while we sat on our balcony. We were in love. Still are. But, I can honestly say that the love I feel for him now compared to then, is completely different and much, much deeper. 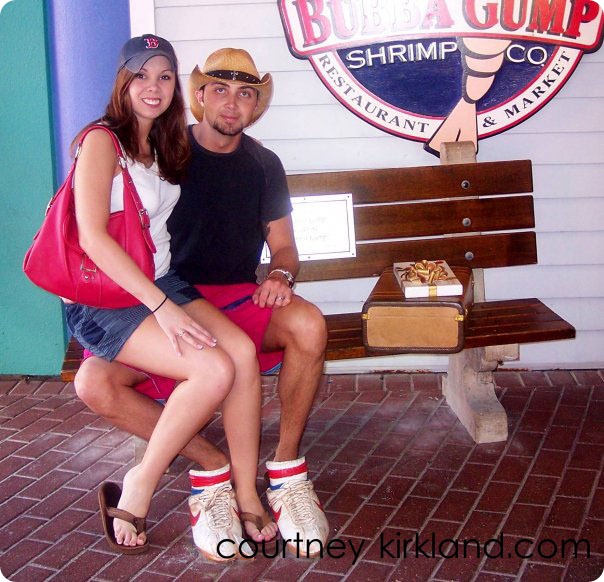 We knew when we decided to get married that our lives together-especially the initial years-were going to be a test. His re-enlistment in the military meant moving…and definite separation, though how long was unknown. We knew he would be gone for at least 30 days for his Prior Service Training in New Jersey, but the rest was still a mystery. We also never anticipated that I would find out I was pregnant during week number three of our marriage. We didn’t realize that when we found out that I was pregnant, that I was already almost 4 months along [that in itself is an entirely different story…]. We didn’t realize that when Josh returned from New Jersey that he wouldn’t be coming home to a slim, toned young wife. Instead, he’d be returning to a pregnant wife who was showing early. 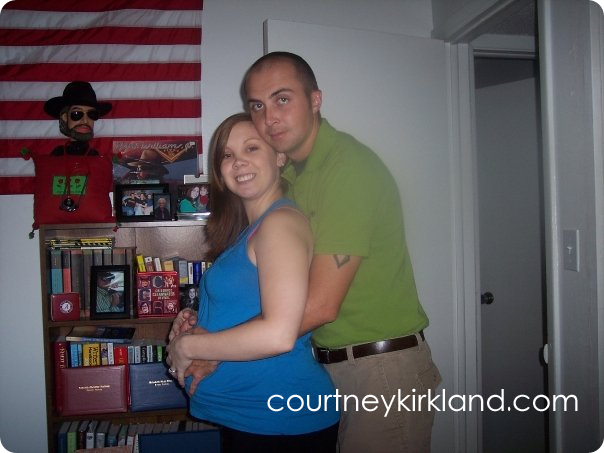 The first six months of our marriage went by in a blur. We moved 400 miles away from our families; he started his new job; we found out we were having a little boy; and in October we became parents. We also quickly went from the anticipated newlywed romance to a day-to-day, barely getting by, and stale marriage. Things were dull. The romance dwindled, and I quickly became more wrapped up in my new duties as a mom than I did in being my husband’s wife. I lost sight of the idea that it was thanks to him (and God, of course) that I even had this beautiful new blessing. I was now mother to his child, but I was putting him last. 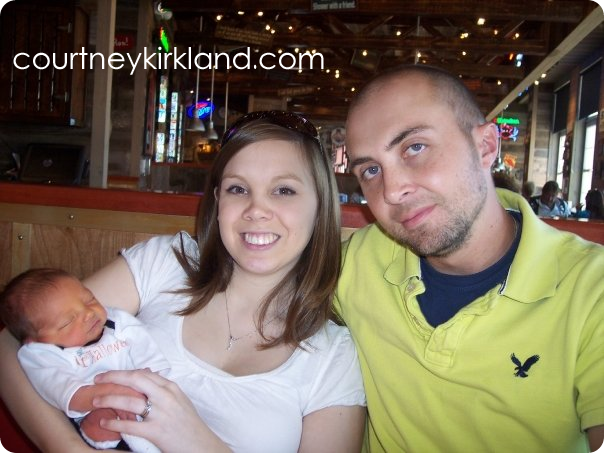 We started to argue a lot, over everything. I went through bouts of serious post-partum depression that went untreated because I thought I could handle it on my own. I became bitter to the fact that he worked and wasn’t at home all day taking care of our child. I was angry with myself for giving up my dreams of becoming a writer and dropping out of college 3 years in so that I could get married and move away. I had a lot of built up tension and frustration that was taking its root in our marriage and causing more problems than I ever imagined. It was my bitterness that pushed my husband away, causing him to become bitter as well. We both picked up bad habits- habits that slowly drained the pureness and simple love that we had shared in the initial months of our relationship.

I remember vividly when God broke my heart and showed me that I needed to mend my marriage. I was watching some chick flick on TV during my sons nap time. I was broken-hearted and crying because I didn’t have that type of ‘love’ that they were so proudly showing in the movie. I began to feel Christ tugging at my heart…whispering softly that I had more than that. I was married to a real man with real love for me. Someone that God himself had chosen to be my soul-mate, my partner, my best friend. But it was my own selfishness and stubborn nature that was causing the pain that I was feeling. I was the one pushing against what God had intended for my husband and I to share.

I picked up my bible and was directed to 1 Corinthians 13. For the first time in a really, really long time, I read and digested what those verses meant. God reminded me right there on the couch that love and marriage were not intended to be easy. It wasn’t created for the faint hearted or for those who didn’t want to work daily at building a relationship; at building trust; and at simultaneously building Faith. I realized that not only were Josh and I drifting from one another, but we were drifting from God as well. And that was the root of our marital downfall.

Over the course of the next several months, we got back in church and began forcing ourselves to make time for one another. We started going on dates (as much as we could with a newborn). And when time didn’t quite allow for dates away from home, RedBox became our best friend. I learned to revamp my idea of marriage and romance, realizing that while flowers, candy and handwritten poetry were fabulous ideas and nice touches for Valentine’s Day, they didn’t exactly coincide with a daily life. I started learning to appreciate the simple things my husband did do-letting me leave for a few hours in the afternoons to go sit at Barnes & Noble and drink coffee; treating me to a mani/pedi after a long week; and allowing me to choose the movie on our movie nights.

When I decided to step back from my idea of what a “perfect” marriage was and embrace God’s idea of a marriage, I saw a huge turn-around in how we loved one another. This same turn-around and mindset is what is getting us through the trial period we are in now. Josh has been in California since April attending HS School through the Coast Guard. He won’t be back with us until the weekend before Christmas. It’s been hard. We’ve had to learn to balance his classes, my being back in Alabama living with family (rather than in a home of my own…which has been a HUGE adjustment), my growing Photography Business, being parents to a two year old, and remain as in love as we can. Again I say that it’s been hard. Our Faith in our marriage, our God, and each other has been stretched and re-stretched. But we persevere. We continue on. Because we’ve learned that the best kind of love and the strongest kind of love is one that was created and placed in our lives by God. And it’s one that is worked at daily.

You see, our love story is one that is continuing to be written. It’s nowhere near complete. I am living with this idea daily when I wake up, hear his voice and am reminded of what a lucky woman I am. And we all know he’s a lucky man. 😉 The love story we choose for our lives, is one that is written by the Master Author himself. And I would not have that any other way.