My friend Amie has ignited this little “mommy spark” inside of me the past couple of weeks that is causing my brain to float around a very strange idea. She has this beauitful little girl, Avery, who is always dressed in her adorable little outfits and dresses with the cute bows and ribbons in her hair. And then there is the pink. And the pretty green. And red [maybe not everyone uses red, but I plan to…hopefully.] My mind has gone to baby mush…this is what I spend time looking at online… 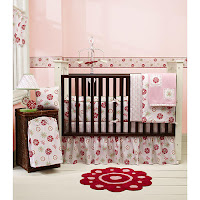 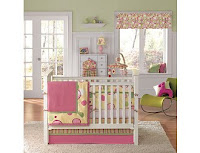 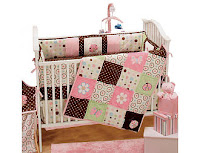 We just aren’t at the point where we can have another baby right now. And to be honest, I didn’t know that I would even want one after my pregnancy with Noah. I had a looong pregnancy with a lot of aches and pains [both physical and emotional] that I am scared to death to relive. The physical I can handle. But there are still scars from the emotional experiences I went through that I am petrified to encounter again. I worry too, about how I could handle being pregnant with a child. I mean, I know women do it all the time, but I’ve always wondered how? Especially since I know how TIRED I was the WHOLE time I was pregnant with Noah. I don’t know when I would sleep. LOL
Plus we have to look at timing too. With Josh being military and considering a career in the medical field [hence considering…it’s what he wants to do, but he’s at a crossroads where he doesn’t know if that’s what God wants. If you guys will, just please remember him in your prayers. It’s really stressing him out.] it’s hard to even think about another baby. I don’t want to bring another child into the picture if Josh is going to be a Doctor…there isn’t enough time. For him. Not for me. I’ve always wanted kids. Atleast 2. I’ve always wanted to be the soccer, PTA, & Field trip mom. I want to get my degree in English and write professionally when the kid(s) go to school. That way I can work from home and be able to make my own schedule. But with Josh, he has a gift and a passion for the medical field. And I know how involved he gets in his work. And it scares me to death to think of bringing another baby into the picture when he won’t have the time that he wants to give them.
Anywho. Just some thoughts for today. I already have a name picked out, by the way. 🙂 Since Noah’s name ends in “-AH” and his is all biblical and has significant meaning, I want our other kids names to mean something to. So, if I ever have a little girl her name will be : Rebekah Elizabeth. We will call her “Bekah” and the “Elizabeth” is tradition. My grandmother’s middle name was Elizabeth, and so was her grandmothers. And so is mine. And both of those are in the bible. Anyway. Someday. Hopefully. 🙂